skip to main | skip to sidebar

Everyone grieves in different ways. I remember about 5 years ago I picked up a friend’s book she had written about her mother’s death and noted how differently her brother and her grieved. She absorbed her mother’s death on every level, her brother pushed his mother’s death squarely away. Tried to ignore it. Torch struck me because I was the sibling who ignored her father’s death. I was not at his bedside when the cancer finally feasted upon the last of his good cells. I do not know whether he was peaceful or frightened or sad or laughing. My sister told me he was not present at all, that the morphine left little to connect to.
At his funeral I did not look at my father’s body. I could not. I would not.

Last week a member of our writing group wrote about this viewing. To look at the dead body of your loved one. And all that one absorbs from that final goodbye. My voice cracked as I commented on his piece. I swallowed. I felt tears in my eyes. I hoped no one would notice. I stopped mid sentence and said “well you know what I mean, right?”

I never said that final goodbye. I refused to acknowledge his leaving or say goodbye, even at the very end. I was absent through most of his illness. It was quick. A summer’s breath spent laboring through the heat. The doctor told my father there was no hope. That pancreatic cancer had no survival rate.

I went and found a UPS man to climb into bed with. To fuck and fuck and fuck. I found pain killers, mixed them with booze and sucked down so many of them that I ended up blacking out at a fancy restaurant during breakfast. I recall a doctor hovering over me asking me what I had taken and because I was so frightened I told him. He was very stern with me, warning me to be careful with the amount of painkillers I was taking. That I could die.

I convinced this UPS man that I loved him. I believed with all my heart that I must because it brought such relief to be with him rather than to be with my father. My father grew thinner. And weaker. He would sit in his room and listen to his classical music. I could hear it pouring out from under his bedroom door. I would sneak into his bathroom and open his bottles of Percocets and put the white round pills under my tongue, roll them between my fingers, shove them into my pockets.

We sit, my little sister and I, one upon each of his knees as he guides us through Peter and the Wolf, The Sorcerer's Apprentice and Mussorgsky’s Pictures at an Exhibition. I lay on top of him during his Bach concertos, Beethoven sonatas, Handel operas. We nap together, falling in and out of consciousness drifting up and down on notes, melodies from horns, pianos, strings.

I dated a classical guitarist when I was 24 and we would lie in bed together playing a game where he would put on random bits of music and I would try to guess the composer or the country it came from. I fell madly in love with him just for this one thing. Lying together, him playing me his music.

It has been 16 years since he died. Sixteen. And, I have felt very little. I have often thought that there must be something wrong with me that I felt so little.
But tonight my throat feels thick.

You see, it is nearing the holidays and I must once again set up my Christmas Tree. I beg my friend to come over and help but he does not want to. I understand. I have children. It is a family event. And he does not want to play pretend family with me. But, I want someone to help me straighten the tree. Someone to guide with the stringing of the lights. Someone to point out the bald spots that need more ornaments. Someone to make this decorating of the Christmas Tree a family event. I try and involve my children but I am so bad at this sort of thing. With each ornament I hang on the tree my throat feels choked up. I swallow and it feels like I want to cry. Or something.

My daughter pulls out the silver ball ornament. It is a special ball that opens up to receive a wish. I suggest that we all write a wish together but my five-year-old son is jumping up and down on all the plastic bubble wrap that protects the ornaments, the ornaments that are gathering stories. “Mom, remember when I made this…Hey mom, this is MY favorite ornament.” Pop pop pop such glee while Dean and Britta’s 13 Most Beautiful plays and my daughter eats cookies and ice cream, her blonde hair sticking to her forehead still wet from her bath. And then it is late and they are climbing into bed begging me for kisses and hugs goodnight.

I find a pen to write my Christmas wish and what I write is this “Please come find me. I miss you so much. It has been much too long since I have seen you. I won’t be angry nor will I ever stop loving you should you not be able to find me. But, please come find us. I need you. Love, me” I place it into the heavy silver metal ball and hang it from a branch. I cannot stop crying. I wonder whom I have written this note to.

And then I know. I know.

I have been looking for him ever since he left thinking that he would come back someday. I have looked for him in the men I have fallen in love with. They tend to possess one or more of his traits. His keen sense of humor, goodness, love of music, creativity, self-confidence, intelligence, diligence, integrity and search for morality and love. They also tend to harbor some of his negative traits. His stubbornness, inability to see other perspectives, hard-headedness on right and wrong, his ego and selfishness.

It has been a difficult ride these last few months. I have felt unmoored, adrift and without a foundation. I fell in love with a man who made me feel like I had a family with him. My children adored him. My son still asks when he is going to come over and visit. Together, the four of us went camping, ate dinner, watched movies, had weekly game nights, wrestled, rode bikes, woke up together and played in bed, made breakfast and laughed a lot. He made me a better parent. It was seamless and cohesive and kind of dreamy.

I tried so hard to believe in us because more than anything I wanted to be a real family. The family I had when I was small. A mother, a father, a sister. But, I knew it was not right. It fell apart each time the children were not with us. There was no foundation. No real trust between us. We were great parents together but terrible partners. 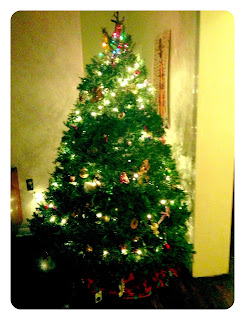 I said that I did not really understand this fear of hers.

Tonight I begin to.

For the first time since my dad passed away I understand how I grieve. I understand that even though I ignored him during his illness, was not present when he died and refused to view his body at his funeral; that avoiding this goodbye did not protect me from this loss. Did not prevent me from feeling him gone.

Because the person I keep waiting for is him.

I love you dad. And I miss you so much.